For the second month in a row, the People's Bank of China increased its assistance for the country's weakening economy by injecting cash via program loans. The S&P 500 gained, outpacing regional stocks.

Following the PBOC's decision to decrease borrowing prices for the first time since last year in January, Chinese banks issued an unprecedented number of loans. Many regard the current action as a prolog to additional easing as the economy suffers from the COVID-19 pandemic, a downturn in the housing industry, and indications of poor domestic demand.

"The People's Bank of China is still ready to maintain market liquidity pretty adequate and market rates at comparatively low levels to sustain loan demand," noted Zhi Xiaojia, an economist at Credit Agricole CIB in Hong Kong. "There remains an opportunity for more policy moves in the first half, together with both RRR and policy rate decreases, since growth headwinds persist, particularly in the real estate market and linked to private consumer demand."

Sixteen of the 27 analysts surveyed by Bloomberg expected the People's Bank of China to maintain the interest rate on its one-year policy loans constant, with the majority believing the central bank can manage to wait and evaluate whether prior easing measures were effective. 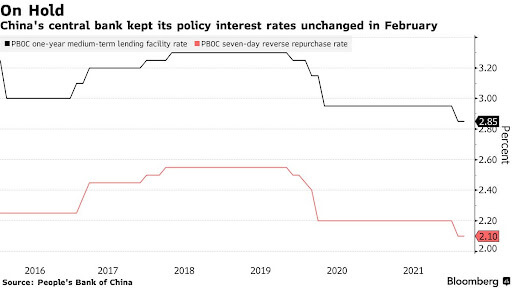 The PBOC dropped the rate on its one-year policy loans by 10 basis points last month, bringing the rate down to 2.85% for the first time since April 2020.

Nonetheless, a rising chorus of analysts and investors is asking for greater help, with Citic Securities Co. predicting a reduction in the reserve requirement ratio for banks as soon as March. The central bank of China committed in its quarterly results in the previous week to retain its monetary activity "ample, focused, and front-loaded."

According to China economists David Qu and Chang Shu, the PBOC is taking a breather after cutting the one-year medium-term loan facility rate in January; but, the break will not stay forever. The People's Bank of China has indicated that it is prepared to provide more assistance to boost development. Analysts anticipate the next decrease in the second quarter, with the PBOC providing another in the third quarter as part of a larger package of softening measures to combat the downturn.

Although its decision to keep the one-year policy lending rate unchanged on Tuesday, the People's Bank of China's softening attitude distinguishes it from other big central banks, notably the Fed, that are tightening monetary policies to manage skyrocketing inflation. The probability that the US central bank would speed up rate rises might limit China's capacity for more easing later this year by accelerating outflows.

Global demand for Chinese bonds has significantly declined as their yield premium has shrunk. The yield spread between China's 10-year government bonds and comparable-maturity Treasuries shrank to 73 basis points in the previous week, the smallest since 2019.

The equity market's advances on Tuesday are a welcome break after a rocky start to 2022. In January, the benchmark CSI 300 Index fell into a bear market as concerns about the economy and real estate sector debt outpaced the Chinese central bank's monetary easing. So far in 2022, the index has declined roughly 7%, making it the second-worst performance among Asian market indices behind South Korea.

"Despite today's MLF announcement, I anticipate China to loosen monetary policy further at the beginning of this year," Lloyd Chan, Senior Investment Strategist of Wealth Management at Citibank NA, commented. "As a result, Chinese stocks may perform much better this year, with double-digit growth potential."

Inflation figures on Wednesday will almost certainly show more opportunity for easing. Bloomberg surveyed analysts predict consumer prices to climb 1% from a year earlier in January, easing from a 1.5% increase last month. Production prices are expected to rise 9.5%, less than the 10.3% increase seen in December. The People's Bank of China has stated that inflation pressures are "containable," and that consumer price inflation would remain within a tolerable range as manufacturing inflation slows.

Here's a schedule with PBOC easing expectations for 2022: 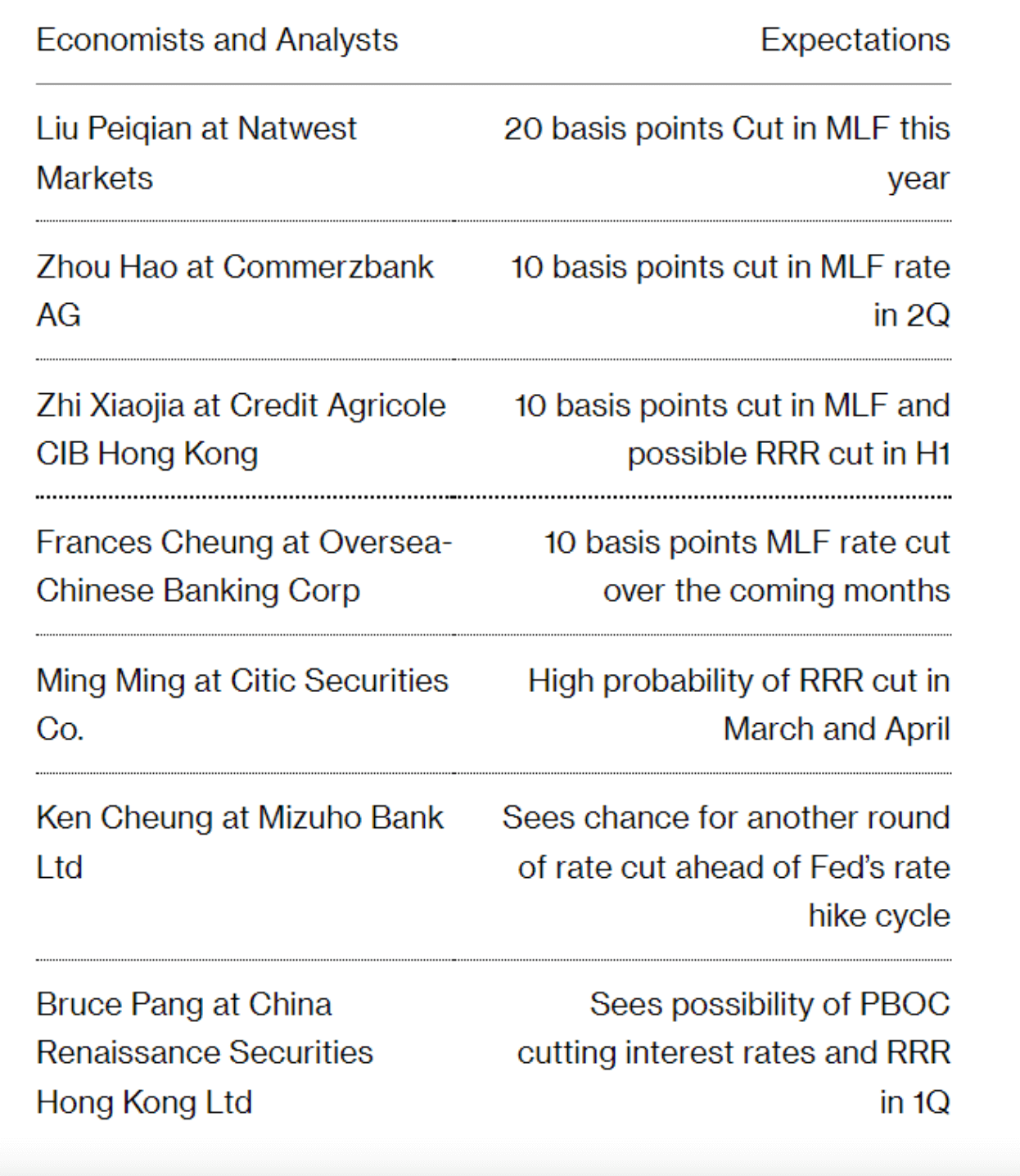 4 Companies That Can Benefit From Buying Back More Stock

Businesses now have far more cash than they had before the outbreak. Yet other companies have yet to restore their stock repurchase plans to their pre-crisis levels, creating a potential opportunity for investors.

What Are the Advantages of Paying with Bitcoin?

The fact why bitcoin is becoming more popular is due to the many advantages that this mode of payment offers. Within this section, we will discuss the benefits of using crypto as a form of payment in addition to why you should consider accepting payments in the future using this manner.