Back to the Future: The DeLorean Returns as the All-Electric Alpha5

The DeLorean Motor Company (DMC) was founded in 1975 by John DeLorean, a General Motors star known for his work at Pontiac, and closed its doors in 1982 following a turbulent run. Only 9,000 of the stainless steel-bodied, gullwing-doored DMC-12 were made by the manufacturer.

But, because of its appearance in the Back to the Future films (complete with a flux capacitor, of course), the automobile refuses to die, and the brand is currently being reborn with the all-electric Alpha5.

Several DMC-12s have been converted to electric power, but the 2+2 four-seater Alpha5 is an entirely new car with intelligently revised style (retaining the trademark up swinging doors) by Italy's renowned Italdesign. The firm designed the original automobile and was also responsible for another electric supercar, the Deus Vayanne. 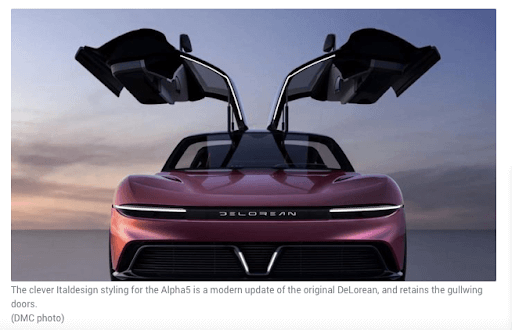 The Alpha5 has an aerodynamic coefficient of drag of 0.23. Before the manufacturing run, 88 track-only cars were manufactured; as you may recall, the movie car's speed for entering the time warp was 88 miles per hour.

DMC is currently headquartered in San Antonio, Texas, and plans to establish its manufacturing facilities there as well. In 1995, Stephen Wynne, a Liverpool native, purchased the DMC parts inventory and the rights to the DMC moniker. He started out selling parts (which he still does), but he also worked on electric conversions. In 2012, Wynne stated, "Full EV is the way to go."

Joost de Vries, a former executive of Karma Automotive, is currently the CEO of DMC. "The Alpha5 is for those who love to drive," he explains. And they'll supposedly be able to drive quickly. The Alpha5 is expected to achieve 88 mph in 4.35 seconds and 60 mph in 2.99 seconds. The top speed is 155 miles per hour. The range is reported to be more than 300 miles with a battery pack of more than 100 kilowatt-hours. 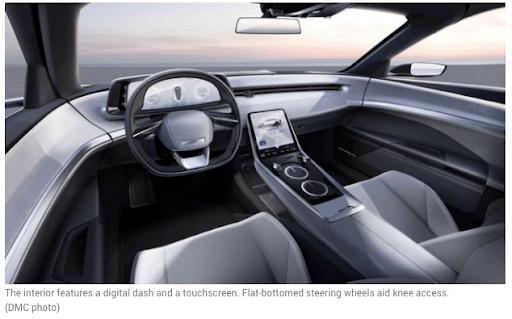 The interior includes back seating for two, a prominent touchscreen at the top of the center console for numerous functions, a flat-bottom steering wheel, and a free-standing digital instrument cluster.

The Alpha5's pricing and precise launch date have not been specified, although cars that can be registered on the road are scheduled to emerge reasonably shortly after the track cars, presumably in 2024. In addition, the concept car will be displayed at the Pebble Beach Concours d'Elegance in August. There's still a lot up in the air here, so any production dates right now are just theoretical.

DMC intends to release further models, including a battery sedan, a sports coupe, and, more fancifully, a hydrogen-powered SUV. It's worth noting that the original DMC had plans for variations as well. The DMC-24 was a four-seater automobile; the DMC-44 was a lightweight 4X4 off-road vehicle, and the DMC-80 was a public transit bus.

Plans to turbocharge the DMC-12, which was criticized for its lackluster acceleration from its fuel-injected 130-horsepower Peugeot-Renault-Volvo V6, were more advanced. Legend Industries was hired for the job, and they created multiple prototypes capable of reaching 60 mph in under 5.8 seconds (compared to 10.5 for the standard car). The twin-turbo versions generated 175 horsepower. Aftermarket turbo kits for the DMC-12 are now available.

However, DeLorean ran out of money and time before building customer turbo vehicles. To break even, the firm would have needed to sell 10,000 to 12,000 units each year, but it wasn't even close. After seven years in business, several cost overruns, and a US$100 million investment, the company declared bankruptcy in 1982.

The Back to the Future films significantly increased interest in vehicles, yet the first film didn't come out until 1985.

If everything goes as planned, DMC will have a new lease on life — and a second opportunity to get it right.

BioNTech and Pfizer stated on Wednesday that a three-shot course of their COVID-19 vaccine was able to neutralize the new Omicron type, and that an improved vaccination may be delivered in March 2022 if required.

The Future of Stablecoins and Central Bank Digital Currencies (CBDCs)
In economics, the crypto market is a kind of "gray area," i.e., a classic shadow economy, because crypto unequivocally challenges the state monopoly on money issuance. 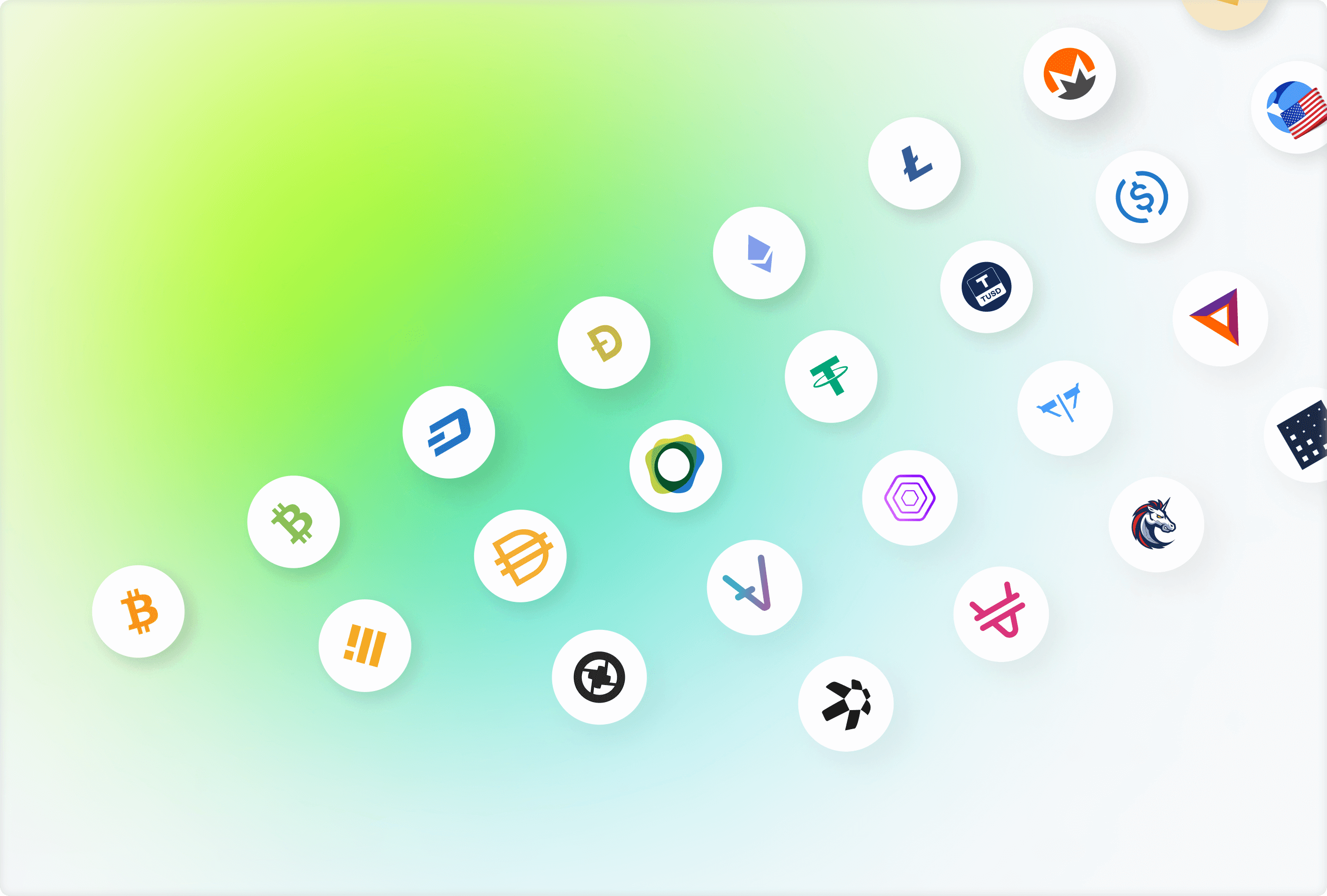